Saturday trains starting on July 27 and through August and into the autumn form the basis of the new GWR summer shuttle service linking the national rail network at Taunton station and the West Somerset Railway, one of Somerset’s top tourist attractions.

Details of the new service being run as a joint venture between the West Somerset Railway and Great Western Railway are announced today.

Trains will run on Saturdays on the following dates:

These dates will allow for a big influx of visitors to the WSR’s special events on 3 August, the Steam Rally at Norton Fitzwarren, and the Autumn Steam Gala on October 5.

Details of the train service are set out below. Further dates for the shuttle later in the year are still under consideration by GWR and the WSR.

The primary purpose of the trial is to attract people from the national network to visit the WSR and enjoy the scenic line and attractions which will bring big benefits to local businesses in West Somerset. The West Somerset Railway itself is one of the largest tourist attractions in Somerset with around 180,000 visitors a year. For local residents, the new service offers a stress free and sustainable way of Saturday shopping in Taunton as well as a good connection with the national network.

The use of the trains will be carefully monitored and analysed to see if there is a basis for running a service in future years.

For information on the GWR shuttle and West Somerset Railway services, see the railway’s website: www.west-somerset-railway.co.uk or call 01643 704996.

For information on connecting services from Taunton, see the National Rail website: www.nationalrail.co.uk or call 03457 484950.

GWR Managing Director Mark Hopwood said: “This new regular, timetabled GWR shuttle service from Taunton to the WSR at Bishops Lydeard is an exciting opportunity for both railways in a joint venture. It is funded through our Customer and Community Improvement Fund as a trial, and we hope that visitors, enthusiasts and local residents will use the new Saturday service this year so that we can jointly evaluate its success.”

Timetable (please check on the website prior to travelling as times will vary for WSR special event weekends, or ring 01643 704996).

BR’s Minehead branch line closed in January 1971, and the West Somerset Railway opened between Minehead and Blue Anchor in March 1976. This is the 40th anniversary year of the line reopening to Bishops Lydeard and the boundary of the railway next to the main line at Norton Fitzwarren. 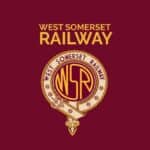